ANTRACIT Prešov offers you up to two variants for the solution of the built-up area. Join the tenants and be among those who choose the right option. 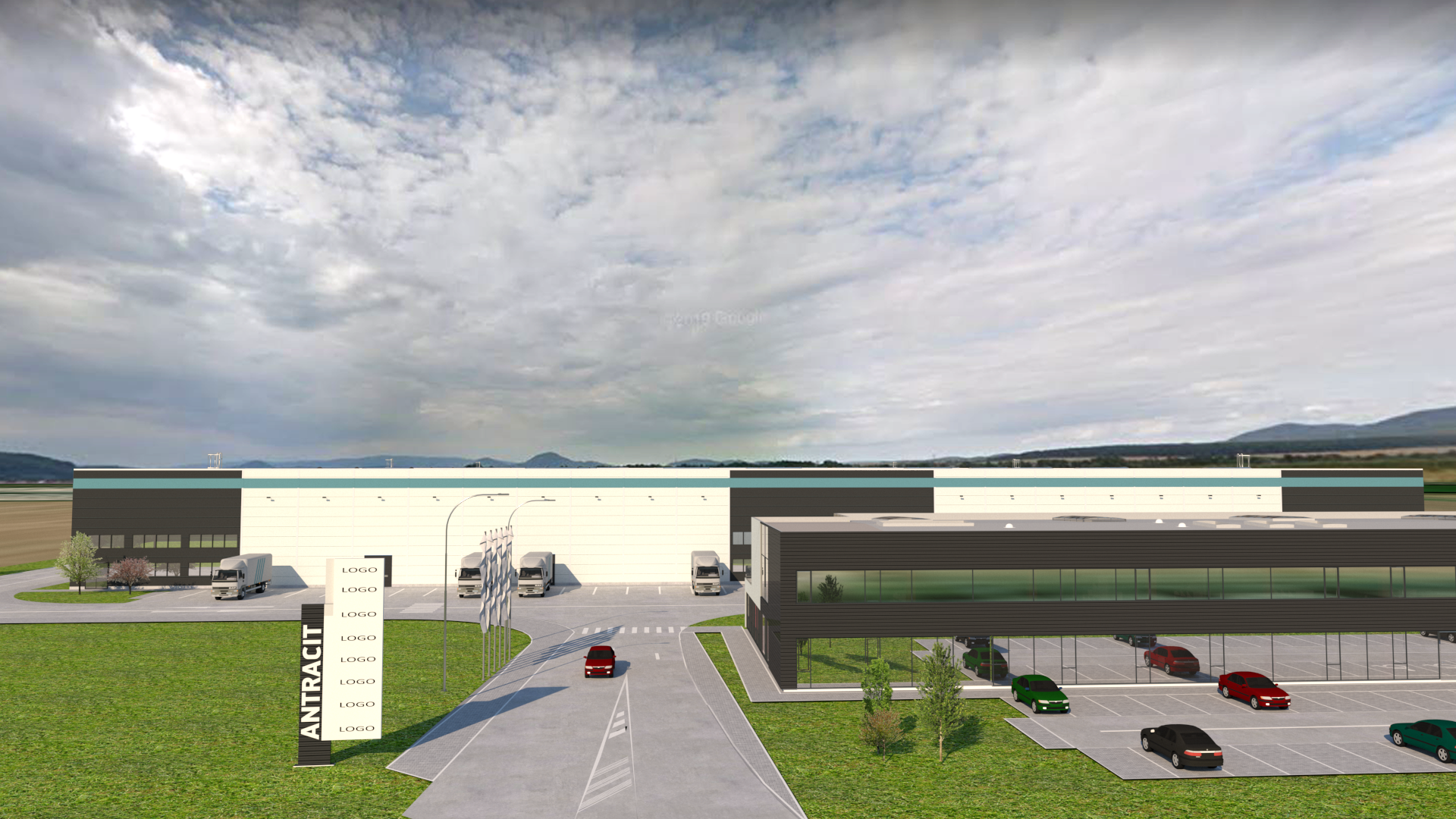 Our new development project ANTRACIT Prešov is located in the city part called Záborské. We have decided to offer you this project a bit untraditionally, by letting you choose two variants of project realization. Since the total area of the land is 91 350 m2, there is a great variability of laying out the objects within the area.

Ist. variant: The hall with an area of approximately 40,850 m2 with the possibility of dividing the object into several rental units.

IInd. variant: We have prepared this option for you as an industrial park with 3 production/ warehouse halls and a large administrative building, which can be used for several purposes, such as showrooms, offices, or a restaurant.

The developer of the ANTRACIT Prešov project is company Antracit Property and the general contractor is HSF System SK.

Manage Cookie Consent
To provide the best experiences, we use technologies like cookies to store and/or access device information. Consenting to these technologies will allow us to process data such as browsing behavior or unique IDs on this site. Not consenting or withdrawing consent, may adversely affect certain features and functions.
Cookie Policy Privacy Statement
Manage options Manage services Manage vendors Read more about these purposes
Detailed settings
{title} {title} {title}